Who is Babu chiri Sherpa ? 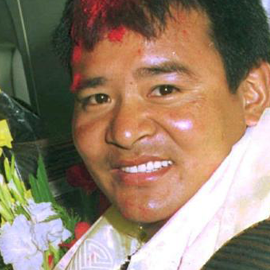 Babu Chiri Sherpa passed away after unexpectedly falling into a crevasse at Camp II at 16 hrs on 29 April 2001. He was camping at Camp II in the western Cwm of Everest. It is believed that he was trying to take pictures from different corners around camp II, and he fell into a unknown crevasse.

His body was recovered on April 30th at 9 hrs by one Sherpa and 2 western climbers from about 30 m deep down crevasse.